The 14-inch laptop has become increasingly popular, offering a slightly larger display without requiring a significantly larger chassis. Nowhere is that more true than in gaming laptops, where some gamers want portability as much as they want power.

The following are the best 14-inch gaming laptops you can buy today, with the Razer Blade 14 topping the list. It’s a portable powerhouse with a spectacular design, but it’s not the only game in town. We also feature its most important competitors, each of which has strengths that earned it a place on this list.

Why you should buy this: It’s not only the best 14-inch gaming laptop, it’s one of the best, period.

Who’s it for: Anyone who doesn’t want to sacrifice gaming performance for portability.

Why we chose the Razer Blade 14:

The Razer Blade 14 has everything you want in a great gaming laptop — high-end components, outstanding thermal design, and displays with fast refresh rates. What it doesn’t have is the bulk. In fact, it doesn’t have any of the trappings of a typical gaming laptop, rather sporting an elegant conservative design that works as well for businesspeople as gamers.

Inside, though, it’s all power. It equips a superfast AMD Ryzen 9 6900HX eight-core/16-thread CPU mated with a Nvidia GeForce RTX 3080 Ti. Those are incredibly powerful components for a machine that’s just 0.66 inches thick and weighs just 3.92 pounds. Mated with up to a 165Hz QHD (2560 x 1440) display, you have a machine that can run your favorite titles at 1440p and maxed-out graphics.

There’s a reason why we’ve rated the Razer Blade 14 not just the best 14-inch gaming laptop but the best laptop, period. It takes everything that’s great about Razer’s larger machines and squeezes it into a much more portable chassis. 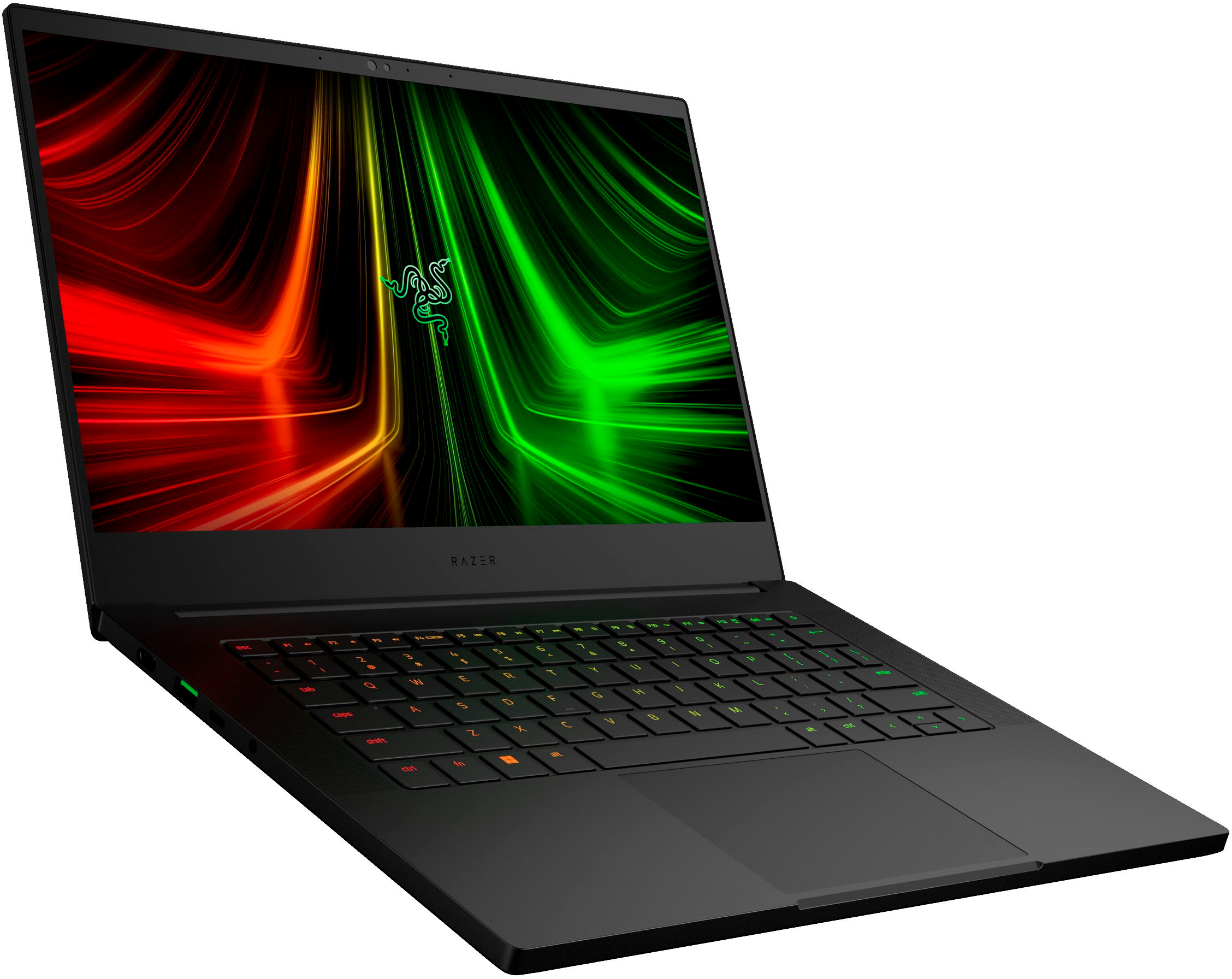 Tiny but built for gamers

Why you should buy this: It’s one of the smallest gaming laptops, and it looks like one.

Who’s it for: Anyone who wants a portable gaming machine with a gamer’s aesthetic.

Why we chose the Asus ROG Zephyrus G14:

Just because you want a highly portable gaming laptop doesn’t mean you don’t want a laptop that sports a true gamer aesthetic. The Asus ROG Zephyrus G14 is one of the smallest gaming laptops around, and it has just enough accents and aggressive venting to show off its gaming roots. And the optional AniMe Matrix Display on the lid adds some real panache with animations, useful functionality, and minigames.

At just 0.73 inches thick and 3.64 pounds, this is a gaming laptop that’s easy to carry from place to place. And it will look its best when fulfilling its primary purpose. 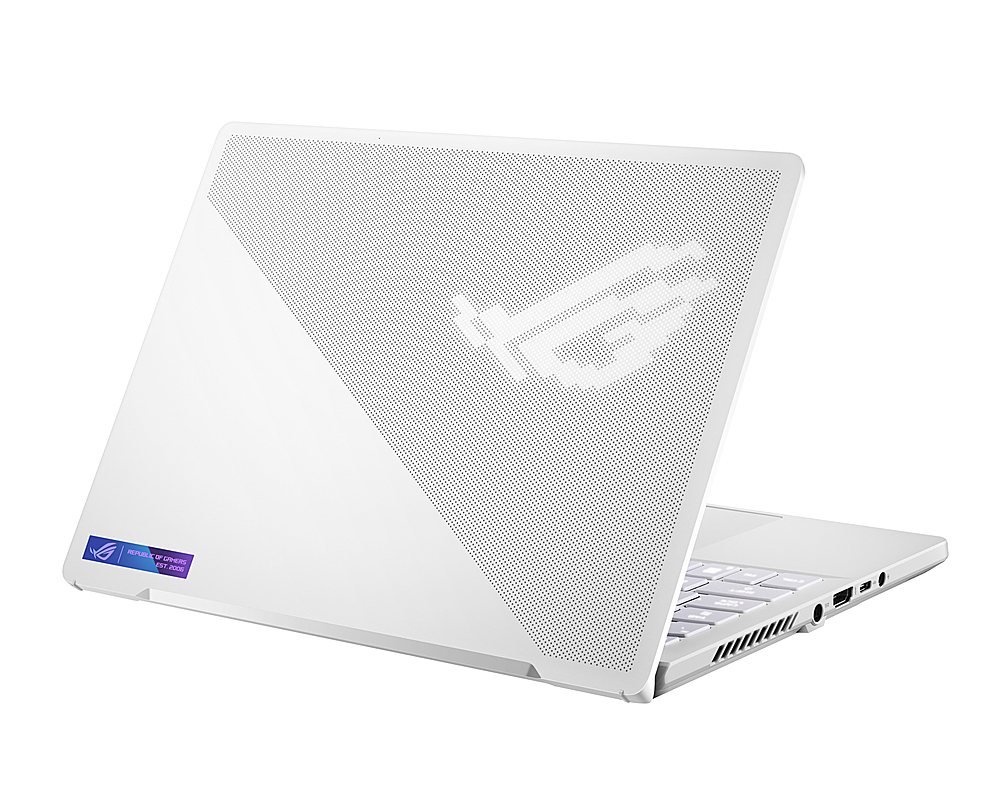 Tiny but built for gamers

All play and some work

Why you should buy this: It’s a gaming laptop first, but it can also get work done.

Who’s it for: Anyone who wants a gaming laptop that can also get work done.

Why we chose the Acer Predator Triton 300 SE:

We liked the Predator Triton 300 SE in large part because not only is it a smaller, more portable gaming machine, but Acer tuned it to run cooler and quieter. That made it more suitable for getting some work done, which adds value to the machine.

We’ll have to wait to see if the Predator Triton 300 SE is as good a working machine as the previous model. But even if it’s not, it’s still an excellent 14-inch gaming machine that belongs on this list. 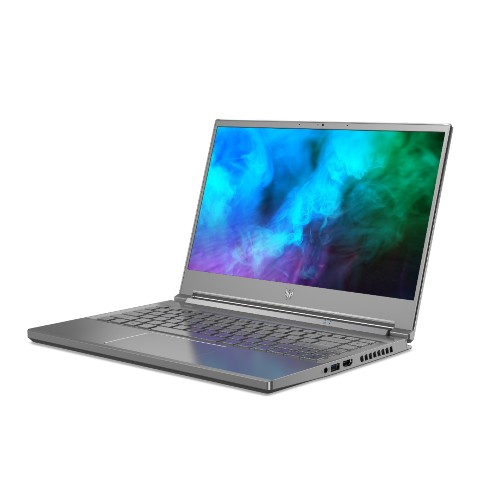 All play and some work

Why you should buy this: It’s a powerful gaming laptop in an insanely thin chassis.

Who’s it for: Anyone who wants a gaming laptop that will slip into the tightest possible space.

Why we chose the Alienware X14:

According to Dell, the Alienware X14 is the thinning 14-inch gaming laptop in the world. That’s no surprise, given that it comes in at 0.58 inches thick. And it still features Alienware’s Cryo-Tech cooling technologies to keep the machine working as fast as possible.

It’s not the fasting gaming laptop around, but that’s not surprising given the thin chassis. It can be configured with up to a Core i7-12700H CPU, 32GB of LPDDR5 RAM, a 4TB PCIe 4.0 SSD, and an RTX 3060 GPU. The sole display option is a 14-inch Full HD 144Hz IPS display with NVIDIA G-Sync support, although you’ll likely have to turn down the graphics a bit if you want to take advantage of the display’s full refresh rate.

The Alienware X14 is an attractive laptop that’s the thinnest around. It’s for moderately serious gamers who are more worried about the laptop’s girth than its maximum frame rates. 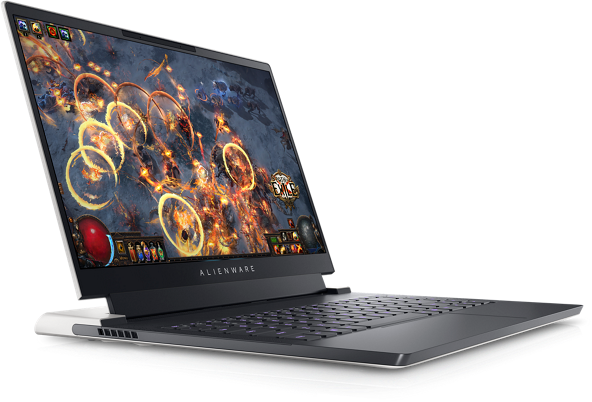